Increased Interest Rates from Fed, Plus More to Come in 2019

After meeting for two days this week, the FOMC announced the first Fed rate increase of 2019.

The federal funds rate, which is the overnight rate for banks lending to one another, jumped from 0.75% to 1%.

The FOMC statement cited strengthening economic indicators as the basis for this decision, including employment, household spending, and business fixed investment.

The Federal Reserve plans to make future rate hike decisions based on “realized and expected economic conditions” and plans on continuing gradual increases.

Most financial experts predict two more increases in the federal funds rate in 2019, but the reality depends on how the economy continues to fare.

Interest rates have been historically low since 2008 when the Great Recession went into full swing and the Fed attempted to stimulate borrowing by driving rates down to 0.25% — effectively zero.

Since then, small business owners have enjoyed lower-than-normal interest rates, even as lending standards have begun to loosen.

Over the last nine years, there have only been three fed interest rate hikes, which, before this week’s meeting, were each spaced out at least 12 months apart.

The March rate increase, however, marks just three months since the last hike was announced in December.

This indicates that the Fed is moving more quickly to normalize the federal funds rate to its target of 2% to 5%.

Learn more about How to Calculate Interest Rate on a Loan

Federal Reserve Responds to Signs of A Strengthening Economy in 2019

The FOMC clearly believes that the economy is strong enough to withstand higher interest rates.

Committee members analyze data from across the country to determine the true health of the economy, and indicators across the board contributed to this month’s decision.

According to the Bureau of Labor Statistics, the unemployment rate has stabilized at 4.7% and non-farm payroll employment gains reached 235,000 for February.

The FOMC also cited a moderate increase in household spending, which is indicative of greater consumer confidence.

Further, the Committee stated that business fixed investment “appears to have firmed somewhat.”

All of these indicators reflect moderate growth in the economy so the Federal Reserve believes the time has come to gradually increase rates.

What Does the Fed Rate Hike Mean for Small Business Owners?

The federal funds rate isn’t an exact correlation to interest rates across the board, but it’s guaranteed that small business owners and consumers alike will start to see interest rates rise.

If you have a business loan with a fixed interest rate, your payment will remain unchanged; however, you’ll likely see an increase in anything with a variable rate.

Small business owners with these types of credit products can expect a similar timeline.

The Future of Small Business Lending

For entrepreneurs with an upcoming need for working capital, it may be prudent to secure financing sooner than later.

Assuming the economy continues on its current trajectory, more rate hikes can be expected this year and beyond, meaning loans and other credit products will become increasingly expensive.

Many small business owners could benefit from these lower rates, particularly if you are in the process of planning an expansion or another growth-oriented business move.

Refinancing an existing loan is also a way to keep rates low, whether you switch from an adjustable product to one with a fixed rate, or pay off a credit card balance with a business loan.

This can be especially helpful if your business financials or credit score have improved since you initially secured funding.

While a rate hike isn’t something most business owners care to celebrate, there are several positive signs for the future of small businesses this year.

Bank lending continues to improve, with February marking the seventh month in a row that big banks have increased their approval rates.

If banks are able to bring in greater profits, the potential for a greater focus on business lending is created.

Plus, regulatory practices are also expected to become more lax under the Trump administration, which could lead to more lenient lending standards for small businesses.

Although the FOMC’s announcement to increase rates was an expected one, the effects are being felt across markets.

Still, the decision is based on evidence of a better, stronger economy —

Much of which is built by successful small businesses.

This growth should continue with greater opportunities to finance expansions and other improvements within the small business sector.

By keeping your company organized and agile, you can quickly maneuver to take advantage of this window before the likely implementation of more rate hikes throughout 2018.

Her work has been featured on Huffington Post, CBS News, and Kiplinger.

She previously worked at the Federal Reserve Bank of Richmond as well as several national non-profit organizations.
LinkedIn 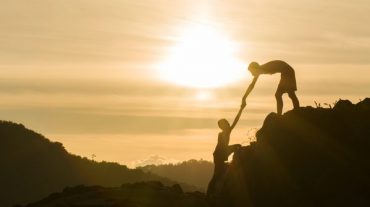 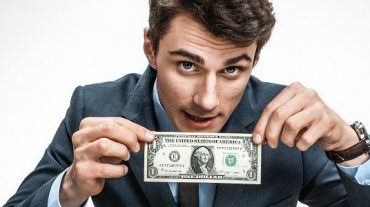 Business Owners: 5 Truths Your Banker Might Not Want You To Know