The State of Small Business Lending

Small businesses might seem insignificant individually, but they certainly pack a big punch as a whole.

In fact, they are the backbone of the American economy, employing around half of U.S. workers.

A small business is defined as employing less than 500 people, although many have far fewer.

While it might seem as if everyone is working for a large corporation, small businesses pay a whopping 44 percent of the collective American payroll.

Put all of these 77 million workers into their own separate country, and it would be the 17th most populous nation in the world.

With this in mind, imagine the angst that was caused when the 2008 recession went into full swing.

Sure, mega-corporations such as General Motors experienced extreme devastation when the financial bottom fell out of the American economy, but small companies fared no better.

Unlike many of their publicly owned or large corporate counterparts, micro-companies often had no cushion to fall back on.

As a result, the unemployment rate began to rise precipitously when they had no choice but to downsize, lay off staff and even close their doors entirely.

Even at the best of times, only 50 percent of small businesses will survive beyond five years, although 77 percent make it past the first two.

Top it off with a collapse such as what happened in 2008, and you have a recipe for disaster.

Infographic: The Rise of Marketplace Lenders

Just to add another dose of grim truth, it seems that small businesses are simply not bouncing back from the 2008 recession, as they have done after past financial crises.

When companies both large and small find that they are in shark-infested financial waters, they often look to loans to give them the support they need.

Lending mechanisms assist companies in maintaining and expanding their inventory and product base, paying their employees and keeping the cash flowing.

Unfortunately, the lending industry seems to be experiencing a malaise of its own when it comes to small businesses.

When the 2008 recession was at its peak, banks were reluctant to give credit to small businesses because sales were falling, making it difficult if not impossible for them to lay down collateral.

A Federal Reserve survey revealed that the typical income of a self-employed head of household declined by 19 percent in real terms between 2007 and 2010.

Although banks claim that they are lending to small businesses in greater numbers, many of these smaller companies maintain that the credit market remains closed to them.

This phenomenon could be happening because much of the collateral owned by small companies lost value during the crisis and has not bounced back.

Issues on the banking side have also conspired to cripple lending.

Because banks have become more risk averse since the recession, they have tightened their loan terms, which still hover around the double digits, particularly for small businesses.

A lowering of these restrictions is not happening nearly quickly enough. In addition, the high transaction costs and consolidation of the banking industry have added two more nails into the lending coffin.

Fortunately, the upsurge of online business lenders is giving entrepreneurs more options when searching for loans.

Meanwhile, the small companies that are the backbone of the U.S. economy are continuing to get capital from a variety of sources.

These include loans, trade credit, credit cards, loans from their owners and even capital leases.

Of these sources, loans continue to comprise the largest portion of their average incomes.

Thanks to the blooming of Internet opportunities, online loans are increasingly the go-to option for many small business owners.

In 2014 alone, the online lending industry doubled in size.

Meanwhile, alternative financing products such as credit cards, equipment leases, and even the Small Business Administration are becoming much less common.

Regardless of where companies are getting their loans, they are definitely putting them to good use.

A high percentage of the proceeds are used to bolster cash flow and to create a cash reserve that can cushion the company against similar financial crises in the future.

Proceeds from loans are also used for other laudable purposes, including purchasing and enhancing inventory, investing in and replacing property, plant and equipment (PPE), paying off debts and restructuring real estate.

It goes without saying that the healthier and more diverse the lending environment becomes, the better it will be for small business.

Even micro-companies seem to be bouncing back from the 2008 financial crisis that brought the business and investing sectors to their knees.

With innovations in online lending as well as a relaxing of bank restrictions, business owners can finally breathe a sigh of relief.

At last, they can get on with the business of making a profit, rather than needing to devote all of their attention to just surviving.

A serial entrepreneur experienced with building several small companies from the ground up and consulting for many others, Ronis understands the finer points of small business financing. He’s passionate about small business & is committed to simplifying small business lending for others. 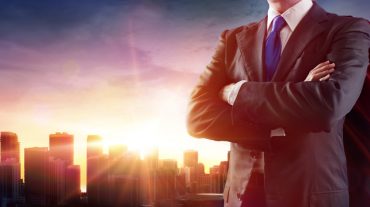 Infographic: The Rise of Marketplace Lenders 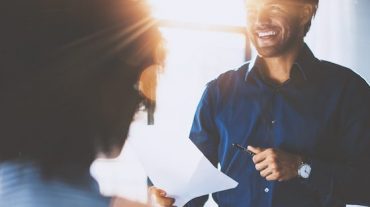 The lenders and lending partners you are connected to will provide documents that contain all fees and rate information pertaining to the loan being offered, including any potential fees for late-payments and the rules under which you may be allowed (if permitted by applicable law) to refinance, renew or rollover your loan. Loan fees and interest rates are determined solely by the lender or lending partner based on the lender’s or lending partner’s internal policies, underwriting criteria and applicable law. Lendgenius.com has no knowledge of or control over the loan terms offered by a lender and lending partner. You are urged to read and understand the terms of any loan offered by any lenders and lending partners and to reject any particular loan offer that you cannot afford to repay or that includes terms that are not acceptable to you.

Please be aware that missing a payment or making a late payment can negatively impact your credit score. To protect yourself and your credit history, make sure you only accept loan terms that you can afford to repay. If you cannot make a payment on time, you should contact your lenders and lending partners immediately and discuss how to handle late payments.