Trump Pick Linda McMahon Has HUGE Plans for the SBA

Along with her husband Vince, McMahon helped turn pro wrestling into one of the biggest shows on earth: a bombastic, worldwide entertainment phenomenon.

Yet as she takes control of the SBA, small business owners have reason to be cautiously optimistic—

Assuming she sticks to her current proposals.

Who is Linda McMahon?

McMahon is best known for the results of her personal and professional partnership with Vince.

The couple founded their own wrestling company and purchased a stadium in the 1970’s to host events, and during hard times McMahon reportedly made meatballs for show attendees herself— a history she has referenced when touting her small business credentials.

McMahon is credited with overseeing the management of the WWE, in particular the company’s product merchandising and TV deals over the years.

If Vince was the face of the company, Linda was arguably the brains of the operation.

How did McMahon end up as head of the Small Business Administration?

Building on her prominent business success, McMahon has made inroads into a political career in recent years.

She then shifted her focus to becoming a fundraiser for the Republican party.

She and her husband have donated $5 million to the Donald J. Trump Foundation, and she donated to various conservative organizations during the 2016 election.

RELATED: The Trump Presidency & Your Small Business – What You Need To Know

When Trump won the 2016 presidency, she congratulated him on Twitter, perhaps foreshadowing intention for Linda McMahon to head the Small Business Administration.

Meanwhile, she continued to advocate a bigger role for women in both business and politics.

Does McMahon still want to merge the SBA with other departments?

Compared to other Trump selections for cabinet posts, McMahon moved through her confirmation hearing relatively unscathed.

One sticking point arose, however:

In 2012, Barack Obama not only elevated the SBA head to a cabinet-level role, but proposed merging the SBA with other agencies, including the Department of Commerce.

It appears that McMahon previously supported the idea of merging agencies to reduce “duplicative programs.”

Much like how Secretary of Energy Rick Perry once called for the abolishment of his future post, it appeared McMahon had done the same.

But to her credit, during Linda McMahon’s confirmation hearing she clarified her view that “SBA should be a standalone agency,” and pledged to keep it separate.

What plans does Linda Mcmahon have for small business in the next four years?

Along with keeping the SBA and its $700+ million budget in an office all its own, McMahon made clear a number of priorities she has for the agency in her hearing, including:


Rather than getting rid of disaster recovery business loans as a way to trim the budget, McMahon wants to beef up disaster relief.

This will helping deliver more funds, more quickly, to small businesses in a crisis.


2. Strengthen the Office of Advocacy

Here’s where McMahon’s history in deal-making and promotion will come in handy.

She wants to strengthen the advocacy efforts of the SBA when it meets politicians in Washington, and to help eliminate regulations she says are “burdensome” to small business owners.

A common problem in federal contracting has been awarding “small business contracts” to Fortune 500 companies, which prevents small businesses from becoming more than a subcontractor.

McMahon wants to streamline the process for small businesses seeking federal contracts to help them compete against big businesses.

McMahon says that entrepreneurs don’t lack the capacity for great ideas, though their financial literacy is an issue.

Helping educate new business owners on what their businesses need to succeed, from a financial and bureaucratic standpoint, could go a long way.

RELATED: A Complete List of Business Funding Lingo in 2018

What are Linda McMahon’s views on advocacy for women’s entrepreneurship?

Aiding women-owned business and disadvantaged businesses in general will be an important aspect of leading the SBA.

Though women own an increasing number of U.S. businesses (38 percent, up from 29 percent in 2007, according to data from American Express), they still lag behind in employment and revenue.

Luckily, McMahon has some experience in this area.

In her hearing, McMahon pledged support for women and minority-owned business by promising to increase federal contracting opportunities for them, and to boost mentoring programs via existing programs like SCORE and ChallengeHER.

So far so good: McMahon expects little resistance on her way to the cabinet position.

Her biggest hurdle in advancing the power, prestige, and advocacy powers of the SBA may be her boss, President Trump.

If McMahon can keep the president’s ear and support, expect her mission to be successful.

But if the president continues to get distracted with other matters, the SBA may languish instead of expanding. 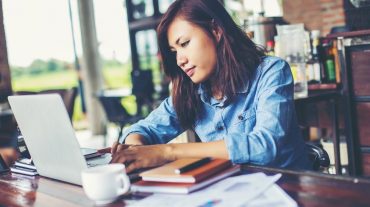 The Trump Presidency & Your Small Business – What You Need To Know