The Trump Presidency & Your Small Business - What You Need To Know

As Donald Trump takes office, small business owners everywhere are wondering what to expect from the 45th president.

While Trump’s small business tax plan has been available to the public for some time, it’s still not clear what elements of his platform will actually be enacted.

It shouldn’t be controversial to say that the incoming presidential administration is mired in uncertainty.

Even those who voted for Mr. Trump are unsure of which campaign promises he’ll follow through on.

This makes predicting how the Trump presidency will affect small business difficult— though he’s already made a few decisions that can help us parse the rhetoric and get to work.

What Are the Details of Trump’s Tax Plan?

Trump claims that SMBs and small business owners will gain the most from his tax reforms.

But how will it really play out?

According to numerous campaign speeches and his official website, Trump wants to reduce the business tax rate from 35% to 15% across the board.

He also promised to cut income tax down from seven brackets to three brackets, with tax rates of 12%, 25%, and 35%.

This is important, since the vast majority of businesses in the U.S. (especially small businesses) are not subject to the business tax rate, but instead the “pass-through” rate.

And this sounds pretty good so far, as S-corporations, partnerships, and sole proprietorships are all pass-through entities where business owners are getting hit with the income tax rate in lieu of the business tax rate.

Trump says he would cap pass-through entities at 15% as well, but the numbers show that about a third of pass-through businesses won’t actually make enough to take advantage of this cap.

There are also growing concerns that it may open up new tax loopholes that only big businesses and high-earning S-corps could take advantage of.

Here’s another facet of Trump’s Tax Plan to consider:

If President Trump actually does lower personal income tax rates for all Americans, it could reinvigorate the economy as consumers have more to spend.

Unfortunately, there is no means of guaranteeing how Americans will spend their new cash.

Some may invest, while others may continue to patronize big businesses like Amazon and Wal-Mart.

Thus, the true effect of a lower overall tax rate on SMBs is still unclear.

Where Does Trump Stand on Healthcare & Small Business?

According to a recent state of small business report put out by Wasp Barcode Technologies, employee healthcare is one of the top challenges facing business owners today, despite the advent of the controversial Affordable Care Act.

As most of us already know, Trump and his colleagues in Congress have promised to repeal the ACA, or “Obamacare.”

But some experts worry doing so without an alternative could destabilize the market.

Why Small Businesses Don’t Get Loans From Big Banks

Meanwhile, there is support behind defunding some aspects of the ACA and leaving others intact.

President Obama may have looked to address concerns by adding a section to the 21st Century Cures Act in December, expanding the use of Health Reimbursement Arrangements— which allows employers to give money directly to employees for medical care.

If the ACA is repealed, at least you can expect Trump to replace it with reforms that will let states buy and sell insurance across state lines and give consumers access to federal health savings accounts (HRAs).

What is Trump’s Stance on Raising the Minimum Wage?

Opinions vary here, and the same can be said of Trump’s own opinion on the matter:

He has at various times supported and opposed raising the minimum wage to $10 or even $15 an hour.

This has been an pattern for Trump, and his changing stance here only serves to confound business leaders across the country.

In any case, his feelings on the subject may not make much of a difference…

In the end, this question may be left up to the states, a position that would fall generally in line with Republican thinking.

At the moment, states like California and Massachusetts have a $10 minimum wage, while 20 states from Virginia to Utah have a $7.25 minimum wage— matching the federal figure.

Trump’s most audacious campaign promise was to deport 11 million undocumented immigrants and to curtail future immigration.

But there is reason to believe such a stance would hurt the overall economy and dent small business growth.

On one hand, Trump says undocumented immigrants cost the U.S. more than $300 billion each year thanks to their welfare use.

On the other, Trump’s deportation plan could cost the country $1.6 trillion over 20 years— and that’s without taking into account the cost of actually deporting people, which theoretically costs tens of billions (and may be legally unfeasible).

Further, immigrants have helped spur an uptick in new business creation over the past few decades.

High-skilled and low-skilled immigrant entrepreneurs alike start businesses, and losing their drive could also be harmful to U.S. economic growth.

Even Trump’s Labor Secretary pick agrees with that sentiment.

What Will Trump’s Relationship Be with the Small Business Administration?

Trump’s pick for the head of the SBA is former CEO/President of the WWE Linda McMahon, who reportedly shares his disdain for “burdensome regulations.”

McMahon doesn’t have much direct small business experience, but has received words of support from both former political foes and advocacy groups alike.

McMahon’s biggest task will be twofold: keeping needs of the SBA near the top of the president’s priorities, and maintaining small business access to capital.

The SBA has a sizable loan portfolio of $124 billion, and their financing plus counseling and assistance are seen as invaluable tools for millions of entrepreneurs seeking small business loans.

A strong personality like McMahon may be instrumental in holding Trump to his promise of supporting small business.

What Else Can Small Business Owners Expect from the Trump Administration?

There are a number of other issues that small business owners should keep an eye on, including:

So far his emphasis appears to be on deals for large corporations headed up by big-name CEOs, though that may change as he settles into his new role.

Since small business has long been this nation’s economic engine, we hope that the new president focuses his attention on improving conditions for growth in whatever ways he can.

Whether or not those methods inadvertently shortchange environmental regulations, hamper trade, and strain foreign relations— only time will tell. 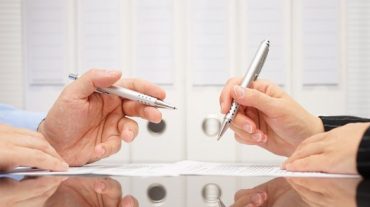 How Your Tax Strategies Can Affect Getting a Business Loan